On September 6, 2016, we marked the 25th anniversary of the Alberta Foundation for the Arts Act, 1991 which established the AFA as the means for the Government of Alberta to support the arts in Alberta.

To commemorate our anniversary, we initiated programs and funding opportunities designed to engage and celebrate our arts community!

The 25th Anniversary Commemorative Art Projects are part of a one-time funding opportunity designed to create a legacy artwork, performance, or composition that reflects the evolution of Alberta's arts community over the past 25 years.

The grant provided up to $25,000 in funding to five projects to create, develop, and produce an original art project that relates to the AFA 25th Anniversary theme: Alberta Inspires.

On June 20, 2017, we announced the successful projects at an event at the Alberta Federal Building in Edmonton, which was streamed live through the AFA Facebook page. Watch the video on Facebook.

The successful projects include:

Read descriptions for each project and watch AFA News for more information as it becomes available.

From April through June 2016, we sought nominations from the community to identify 25 Albertan artists who have made significant impacts to the development and evolution of our province’s arts community over the past 25 years.

In the two months the nominations were open, we received an incredible response. Guided by values of inclusivity and diversity of community representation the AFA selected 25 artists who have built artistic practices that influence and inspire.

See who were selected as the AFA 25 Influential Alberta Artists.

Moreover, each artist was asked to nominate a protégé or emerging artist to receive an AFA Young Artist Prize, worth $2,500 each.

On June 20, 2017, we announced the Young Artists at an event at the Alberta Federal Building in Edmonton, which was streamed live through the AFA Facebook page. Watch the video on Facebook.

Through the AFA Young Artist Prizes, our hope is for our Influential Alberta Artists to help guide the AFA to build relationships with the next generation of artists who will lead us and the arts community through the next 25 years and beyond.

See who were selected to receive the AFA Young Artist Prizes.

Throughout the summer of 2016, we shared interesting and fun stories from the AFA's 25 year history, published on our news feed.  Dive into the AFA's past!

In 1991, the AFA and the arts community in Alberta embarked on a creative partnership in inspiration. We are inspired by Alberta artists, who are inspired by their home – the land and the people of this province. Our artists transform their inspiration into evocative reflections of our shared experience. These reflections, in turn, inspire all of us who choose to engage. It has always been the AFA’s purpose to foster and cultivate this relationship by supporting local artists and art organizations to develop their practice in their communities.

Our Alberta art is unique. It is a part of our cultural identity. It emanates throughout our province and beyond our borders. 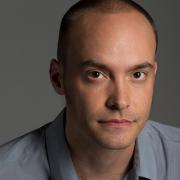