Have art... will travel 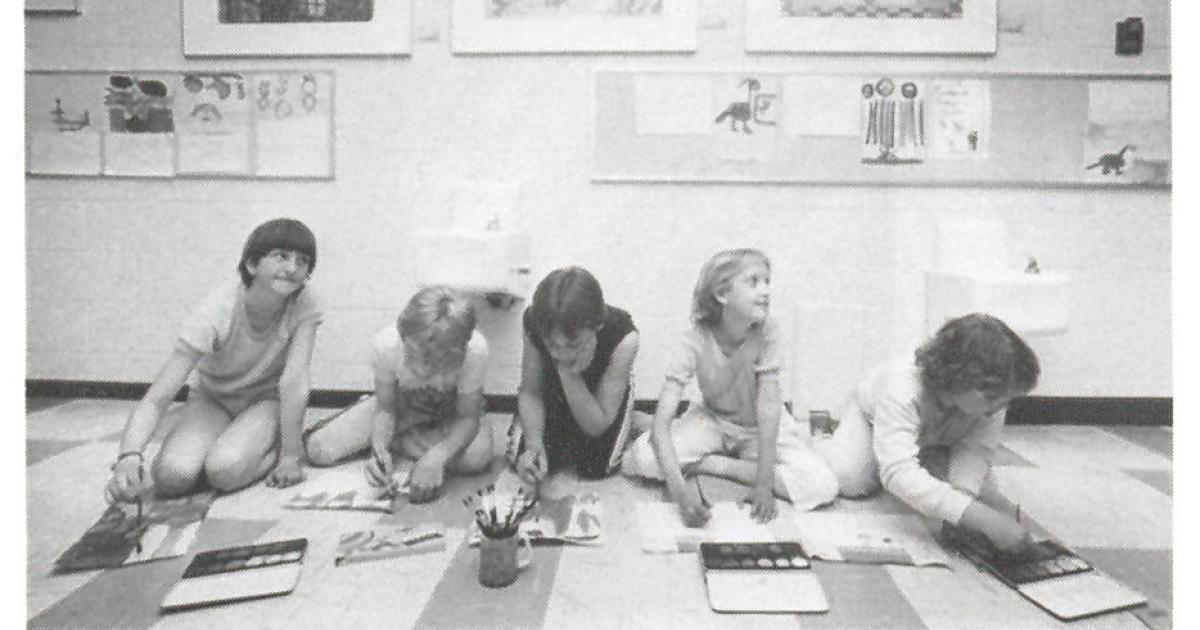 From High Level in the North, to the Milk River in the South, and virtually everywhere in between, the Alberta Foundation for the Arts Travelling Exhibition Program (TREX) aims to bring Albertan art to all corners of the province, one crate at a time.

In the early days of the Program (1972), the Department of Youth, Culture, and Recreation offered travelling exhibitions to Albertan communities with the intent of developing the visual arts in Alberta. Unfortunately, the program was terminated around the same time the Edmonton Art Gallery (now the Art Gallery of Alberta) began offering regional exhibitions. The Gallery initially circulated exhibitions to northern Alberta but later they expanded the program through the Southern Alberta Art Gallery (SAAG) to other parts of the province.  Facing budget cuts in the mid nineteen-eighties, the Edmonton Art Gallery terminated the travelling exhibition program in favour of its in-house programs. 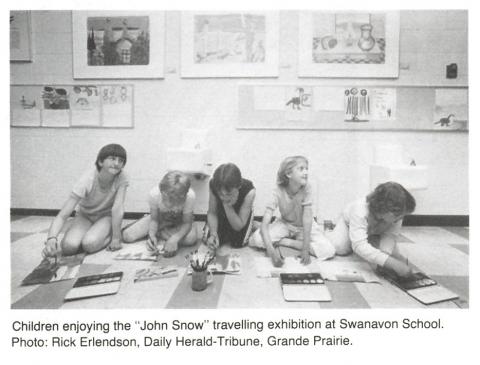 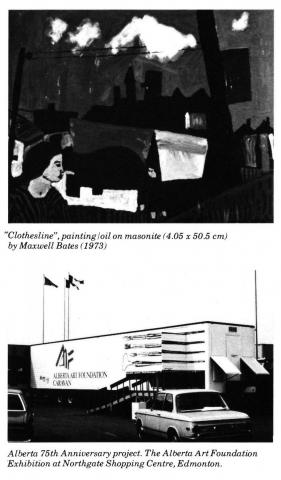 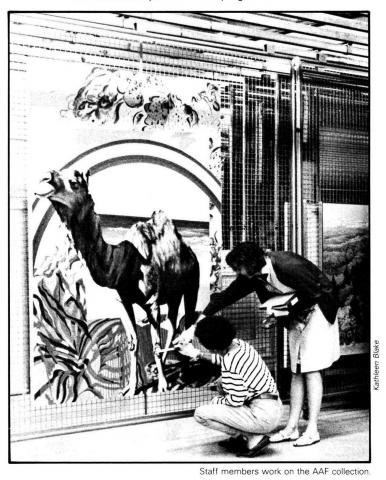 With the TREX contract up for renewal in 1995, the newly formed Alberta Foundation for the Arts revamped the program and took on the role of provincial co-ordinator. In 1997 a call for tenders was sent to all public and institutional galleries as well as all provincial visual arts organizations.  The proposals were reviewed by the AFA’s Art Collections Committee with the assistance of an independent consultant.  The Board approved four, three-year contracts to the Prairie Art Gallery in Zone 1, Harcourt House Art Centre in Zone 2, The Art Gallery of Calgary in Zone 3 and the Medicine Hat Museum and Art Gallery in Zone 4.  Beginning in 1998, Metro Media (Metro Cinema) was contracted to offer a provincial touring program of Alberta media arts. This later developed into the Prairie Tales film series until the media arts program was transferred out of TREX in 2014. 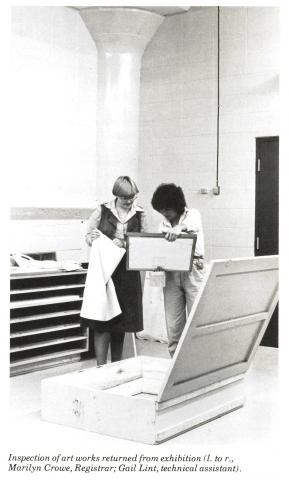 In January of 2002, the Art Gallery of Calgary (AGC) requested that they be released from the balance of their contract, as their Board felt that the program no longer fit into their gallery’s mandate.  Based on the jury recommendations from the last call for tenders, the Alberta Foundation for the Arts offered the Alberta Society of Artists the opportunity to take over the balance of the contract for Zone 3. These four regional organizations continue to coordinate the program to this day:

Having toured the province for over 40 years in its many incarnations, TREX has become an integral part of the culture of the province. The program continues to grow and change in response to the needs of its communities with integration of technology into the program as the latest undertaking. Regional Coordinators and TREX audiences are now producing videos for TREX and about TREX.  When you have art and will travel, who knows where you will go next!