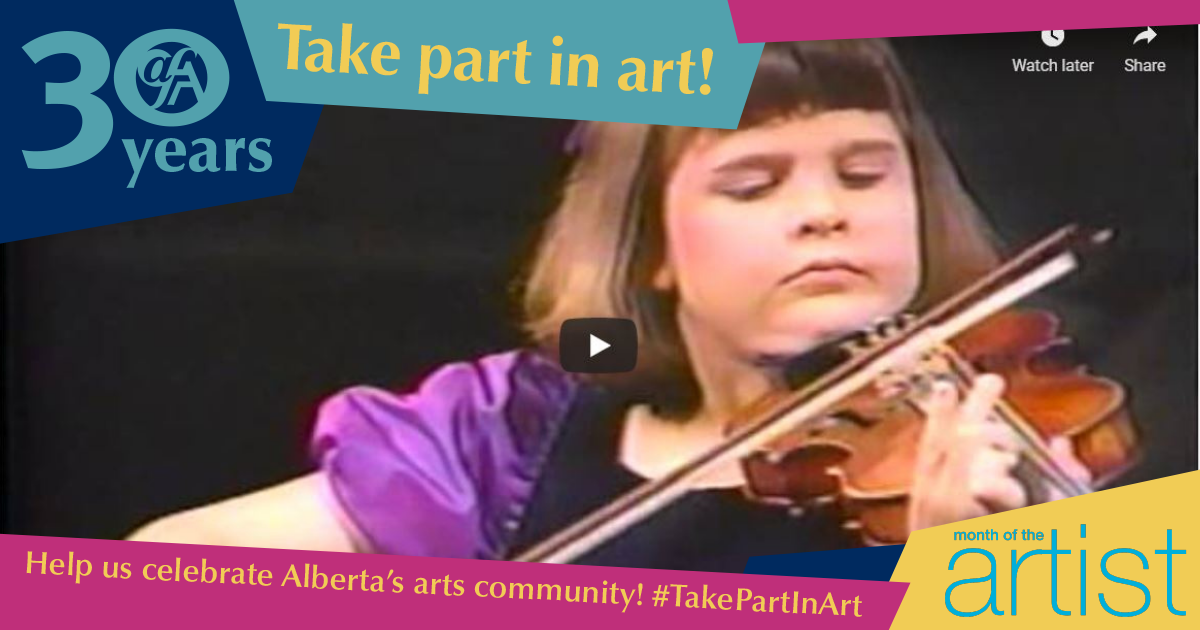 Join the AFA in recognizing its 30th Anniversary and the annual Month of the Artist by celebrating our local artists and arts organizations, and learning more about the fabric of our arts community.

This article, originally written by Kelsie Tetreau, examines where the Alberta Foundation for the Arts comes from and how it all began...

You may know the AFA as a source of arts funding, or the host of the provincial art collection. Maybe you frequently browse arts opportunities on the AFA's News feed. Or perhaps you’ve simply noticed our logo on a label beside a work of art you saw in passing. But to truly get a sense of what the AFA is and what it means to Alberta’s arts community, we need to start at the beginning…

Alberta became the first province in Canada to formalize public support of the arts and culture through the passing of the Cultural Development Act in 1946. This was a milestone in Canada’s national artistic heritage. What followed was the establishment of several provincial organizations, bodies and projects that formed the skeleton of what is now known as the AFA.

The Alberta Art Foundation (AAF) was established in 1972, the first of three lottery-funded bodies mandated to support cultural development in Alberta.  At first, the AAF did not focus on grants; rather, it was assigned the task of collecting art on behalf of the people of Alberta. The first piece of art ever acquired to the AAF Art Collection was a piece called Portrait of Don Getty, a print featuring former Alberta Premier Don Getty’s Edmonton Eskimos player card.

In preparation for Alberta’s 75th anniversary celebrations in 1980, the Visual Arts Branch of Alberta Culture launched a province-wide traveling exhibition program that featured a number of exhibitions drawn from the AAF collection. When the program wrapped up at the end of the year there was such demand from communities around the province that the AAF decided to continue the program, which still runs today as the TREX Program.

Thus, the Alberta Foundation for the Arts was born on September 6, 1991.

The first AFA board included three members from each of the Alberta Art Foundation, the Alberta Foundation for the Performing Arts and the Alberta Foundation for the Literary Arts, plus three members drawn from the public. The new AFA picked up where the three organizations left off with distributing arts grants and acquiring artwork for the provincial collection, but expanded to hire administration staff, and began using expert panel juries to inform more grant decisions. 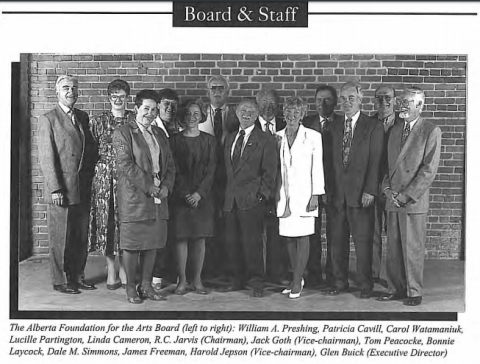 The first AFA board and logo

A notable grant recipient from the first year of the AFA was seven-year-old Jessica Linnebach. Hailed as a musical prodigy, Jessica received an AFA grant which helped her attend the Canadian Music Competitions in Ottawa, where her mark of 99% from the jury gave her a share of the National Competition First Prize and the Birks Family Foundation Scholarship.

Since her soloist debut, Jessica appeared with major orchestras throughout North America, Europe and Asia. She was accepted to the world-renowned Curtis Institute of Music in Philadelphia at the age of ten, and remains one of the youngest ever Bachelor of Music graduates in the history of the school.

Jessica has twice won the Grand Prize at the Canadian Music Competition, has won major prizes at the Young Concert Artists and Philadelphia Orchestra competitions, and in 2000 won the Sylva M. Gelber Music Foundation Award presented to the most gifted Canadian musician under the age of 30. Jessica has been a member of the first violin section of the National Arts Centre Orchestra since 2003 and named their Associate Concertmaster in April 2010. 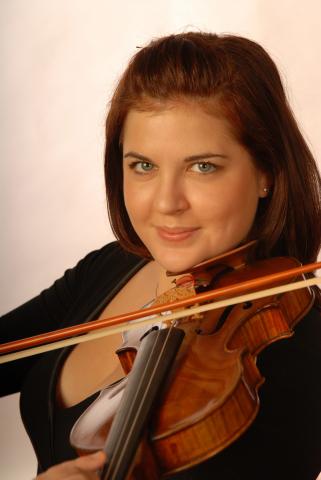 Since 1991, the AFA’s granting program has grown to support thousands of artists, organizations and projects create a vibrant arts community in Alberta.

How will you take part in art this September and support artists? Share your experiences through social media by tagging the AFA and using the hashtag #TakePartInArt. 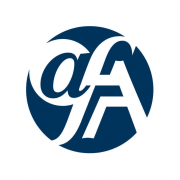