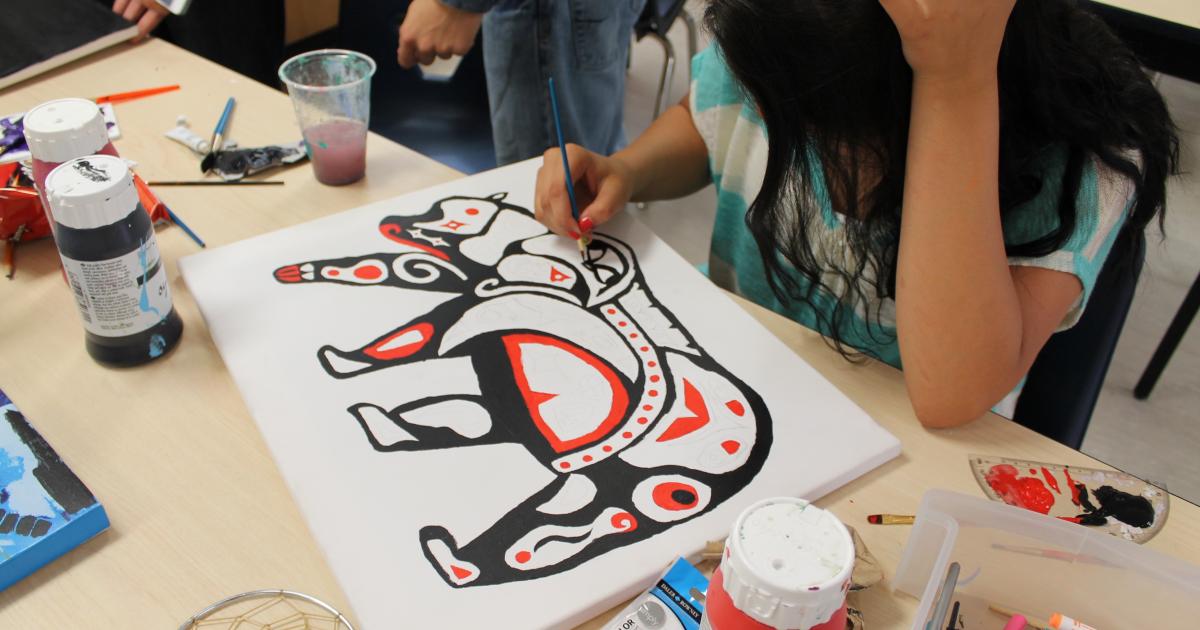 It seemed impossible to Alysha that she might be a gifted artist. Perhaps it’s not something she had dared to dream of or even considered before the Alberta’s Future Leaders (AFL) Program was invited to her community in 2014. But with the help of her AFL mentors, things changed.

The Alberta’s Future Leaders Program is a dynamic partnership between the Alberta Foundation for the Arts and Alberta Sport Connection. Each year, two mentors — one with a background in the arts and the other with a background in sports and recreation — live in a First Nations or Metis community in Alberta from May through August to create and deliver youth-focused arts, sports, recreation, and leadership programming for community members between 9-25 years old.

Developed in partnership with First Nations and Metis communities, the AFL program inspires and encourages youth to realize their potential through Mentor role modelling; programs, camps and trips; multi-disciplined arts workshops lead by practicing Indigenous artists; a leadership retreat near Jasper and Leadership through the Arts in Edmonton. To date, the AFL program has partnered with over 42 First Nations and Metis communities to offer more than one million participant hours of programming since 1996. 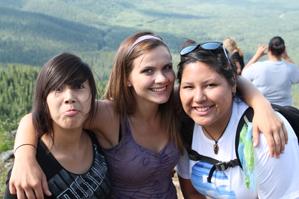 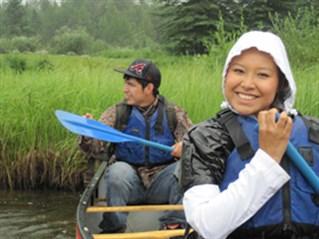 AFL Mentors, Braydon Dowler-Coltman and Kayla Hannan, were placed in Beaver First Nation for the summer of 2014.  After a warm welcome from community members, Braydon and Kayla were soon able to meet and engage with community youth. Creating art projects became one of the regular summer activities, and the AFL program even contracted renowned spray paint muralist Jesse Gouchey to offer a community workshop.

Alysha, a young girl from Beaver First Nations community, was shy and very nervous about trying to create art.

“I had a great childhood and was a good kid growing up, but as I got older I started hanging out with the wrong crowd,” says Alysha. “My ‘friends’ would only ask me to hangout when they were drinking and doing drugs. My attitude and grades in school both went downhill. I was never home and it made my family sick to their stomachs not knowing where I was. The drinking very quickly led me to a severe depression.

“Thankfully, one summer I had the privilege to meet, Braydon and Kayla, the Alberta Future Leaders Youth Mentors. They both helped me through a lot. This is where my artwork all began.” 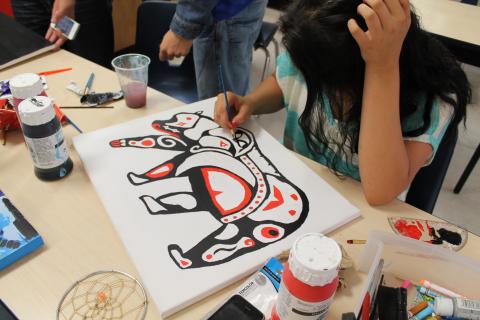 Alysha working on a piece of art, photo via Braydon

With the encouragement, support and advice of Braydon and Kayla, she was inspired to give painting a try. Alysha had never painted before but she quickly discovered that not only did she love painting, but she was really good at it! Thrilled and genuinely surprised, Alysha continued to create several projects throughout the summer.

“I started creating my very first piece of artwork and it was like everything slowed down in life. Art is my very own personal get away from all reality. It gives me time to think, and process all that is going on in my life. This helps me make decisions to better myself. I eventually got my grades back up in school and pushed through the hard times, and successfully graduated high school on time.”

Alysha graduated from high school in June of 2015, and brought her AFL mentors Kayla and Braydon as her graduation dates.

In August, Alysha attended Leadership through the Arts where she helped curate the AFL Evening of the Arts at the Jubilee Auditorium in Edmonton. Three of Alysha’s pieces were in the show, and by the end of the night, someone had purchased all three pieces. 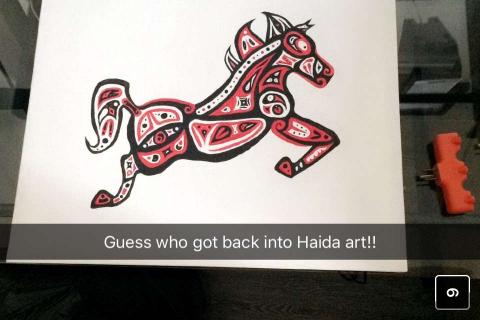 Another of Alysha's pieces, via Braydon

“To this day I continue on my art journey and I've only gotten better. The Alberta Future Leaders program had a huge positive impact on my life. I could not be any more grateful for the opportunity to be involved with the Alberta Future Leaders. I would like to thank Braydon and Kayla especially for always being there for me. To this day they both still check on me to see if all is well, and I will forever cherish the relationship I had built with the both of them. They are my family.”

2016 celebrates Alberta Foundation for the Arts’ 18th year of partnering with Alberta Sport Connection on the Alberta’s Future Leaders Program.