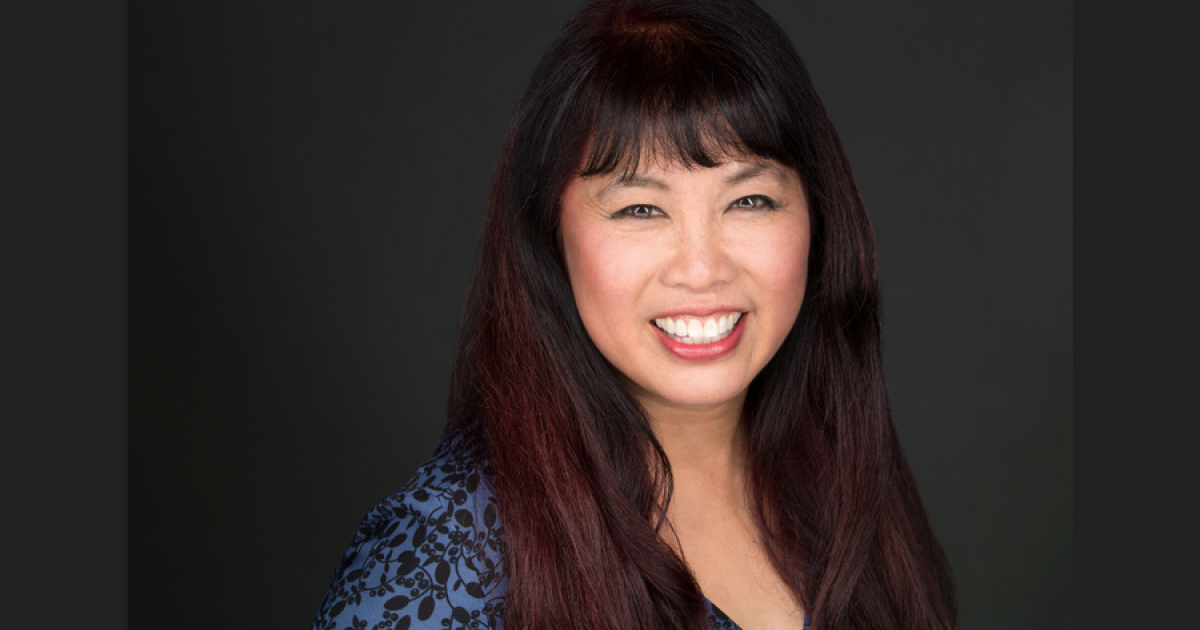 Our intrepid Arts Development Consultant and luminary in Edmonton community theatre, Barb Mah is retiring from the Government of Alberta and the Alberta Foundation for the Arts (AFA).

Her dance and theatre training combined with a formal business education means that she is equally at ease in a rehearsal studio or doing a forensic analysis of your latest financial statement.

Here's a bit more about Barb as we bid her adieu as she seeks new adventures! 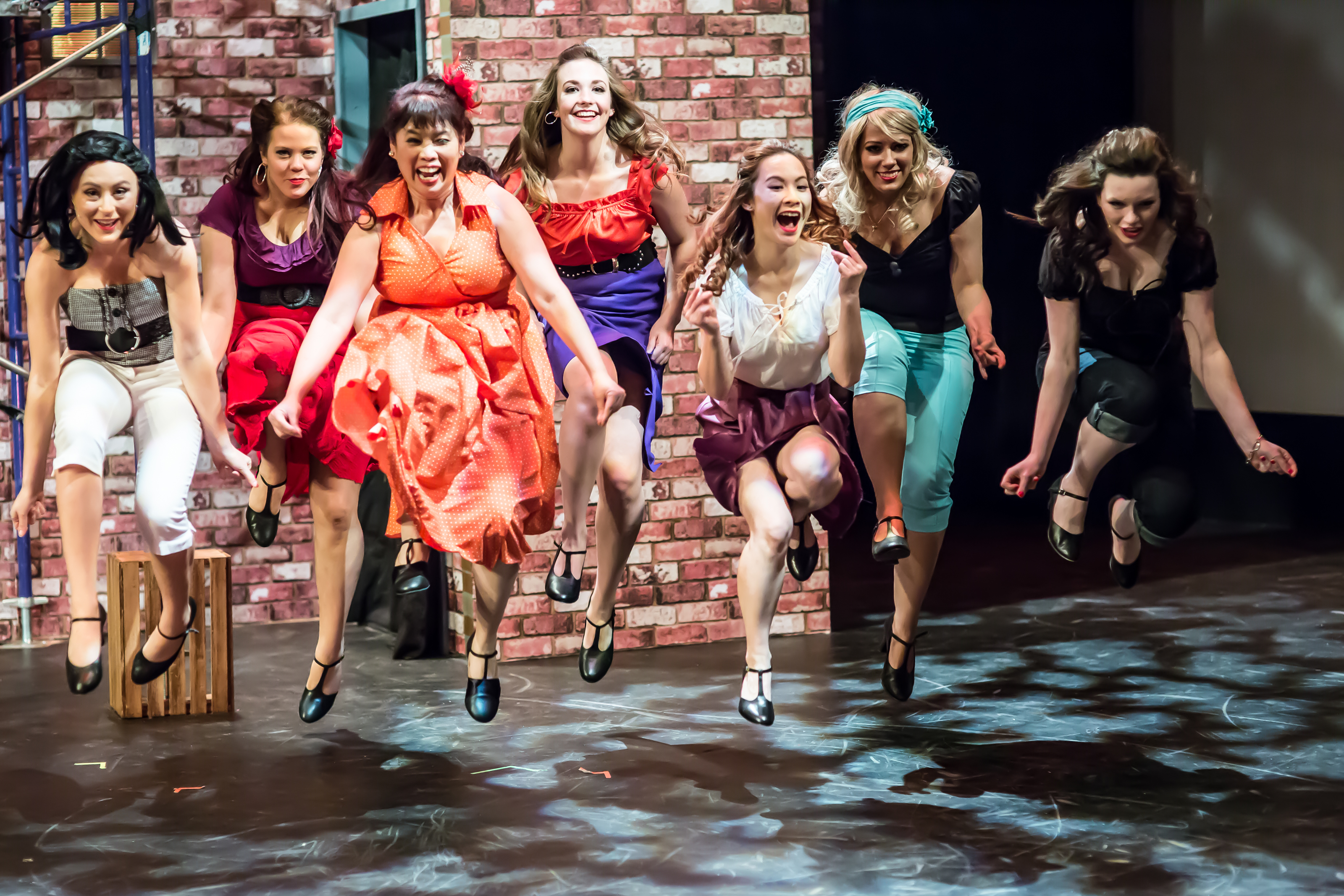 We asked Barb about her artistic practice and career:

How many shows have you worked on in your career?

If you could only do one: Directing, acting, choreography or teaching?

Teaching, followed closely by directing. (In community theatre, they’re much the same.)

What’s one of your favourite memories working in theatre?

A production of The Rocky Horror Show. The cast was so tight that we could have performed for no audience and would have been happy. At the cast party, we all slept over at the theatre as we were so reluctant to let it go. (I don’t even like that show that much, but that cast…)

What’s one of your proudest moments as a teacher?

So many good moments, but watching students suddenly “get it” (usually in movement, which for those that don’t have a movement/dance background, they can struggle with).

This is directing-related but, during one show, I hired a teen in a cast of otherwise adults (I didn’t realize he was that young). A quiet young man that, during the course of rehearsal and doing the show, came out of his shell. I received a heartfelt note at the end, telling me he had started the show in a depressed state of mind, and that the show had given him back his life.

What show have you always wanted to work on, but haven’t yet had a chance?

Bucket list: Merrily We Roll Along (I came close: pre-pandemic, I had actually cast it. Then COVID. We did a “first/last” read on Zoom and then everyone went home and cried.) But I have been very lucky in being able to do shows that are dear to my heart. One of these days…

What will you be up to next?

Next show (also a bucket list item): Austentatious, by a local (Calgary) writer. Jane Austen’s Pride and Prejudice gone completely off the rails. I became aware of this show over 15 years ago when the AFA funded its initial production. (It has since played Off Broadway and across the pond).

Other crazy interests: Star Trek and Regency cos-play. (I’m a costumer as well and am crazy about costumes, I’m a decent sewist – have been my whole life.) 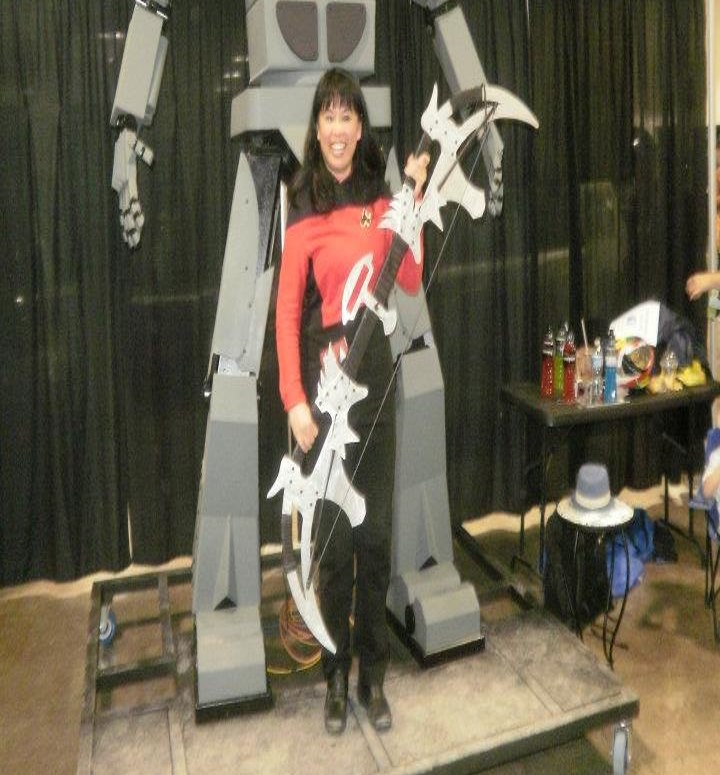 Barb and the AFA

Barbara Mah started working for Alberta Culture and Multiculturalism In May of 1989. You will note that Barb's career pre-dates the establishment of the AFA in 1991, which was an amalgamation of three former government-funded arts foundations. (Learn more about the orgins of the AFA.)

She joined the Touring Section of the Performing Arts Branch, which occupied a space on the 11th floor of Edmonton's CN Tower, sharing space with the Music Section, Theatre and Dance section, administration, and the performing arts library. This was an arts resource owned by the ministry with a large collection of records, music scores, plays, and other lending materials.

While grants were an important part of what we did, equally important was the community programming and capacity building. This took the form of classes, conferences, live auditions, hands-on creation of support organizations, newsletters, etc.
~Barb Mah

The largest activity supported by Barb's section was the annual Alberta Showcase conference. Back then, it was a four-day affair where hundreds of presenters and artists were assembled to encourage bookings throughout Alberta. Performances were presented at the Citadel Theatre and the Library theatre in Edmonton.

The AFA is born

In 1991, Barb was part of a four-person task force charged with creating a transition plan to support amalgamation to establish the AFA, and to create workable programs. There were huge changes associated with this transition, but Barb notes one significant move:

One change we implemented was the introduction of outside adjudicators (our expert panels), based on a model that we had used with some granting on the government side prior to amalgamation – much of it based on the work done by the theatre, dance, and music sections of the former performing arts branch.

The Expert Panel model remains a cornerstone of AFA adjudication of project grants. Learn more about how the AFA adjudicates funding requests. Barb was also instrumental in the development of community support programs, which is now the Community Support Organziations operating funding program.

With the AFA throughout the years... 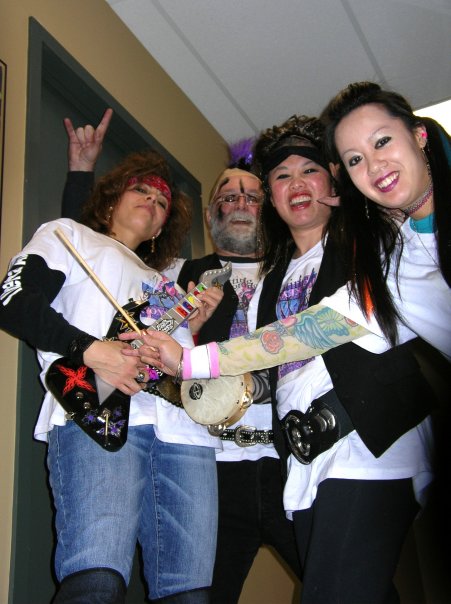 The Rotting Donkeys is the name of the fictional band that the grants section created (despite the fact that nobody played any instrument or could sing), and we created several albums (complete with artwork and song titles, but never any actual songs). The name of the band came from a grant extension request: a film client needed an extension, as his film included a literal dead rotting donkey in it... and the decay had not gone far enough by the time the reporting deadline hit. You take your inspiration where you can get it...

Barb has been with the AFA through all of its major milestones: