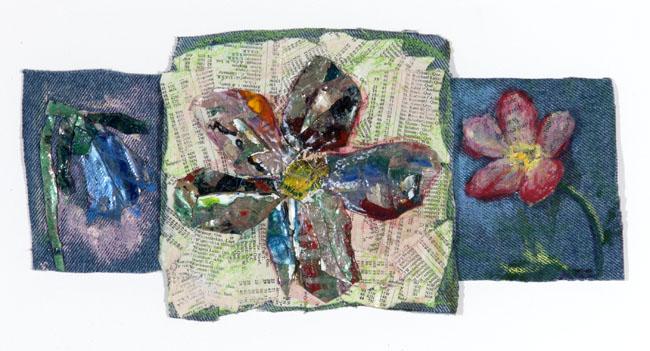 In honour of Métis Week (November 15-21), this week’s Work of the Week is Making Faces by Métis artist Heather Shillinglaw.

About the Artist: Heather Shillinglaw

Heather Shillinglaw graduated in 1996 from the Alberta College of Art and Design (now the Alberta University of the Arts).

Her mixed-media work explores the bridging of cultures as she has experienced it as a Métis woman and as a traveler to other territories and countries. She is intrigued by the "similarities and differences" between cultures, something that her own heritage allows her to access more readily. In 1993, Heather partnered with National Film Board and Women of the Métis Nation using a film Daughter of the Country Series to create new works.

She is represented in numerous public, private and corporate collections and is an active member of several Métis organizations including Women of the Métis Nation. She has exhibited extensively around Alberta over the past ten years.