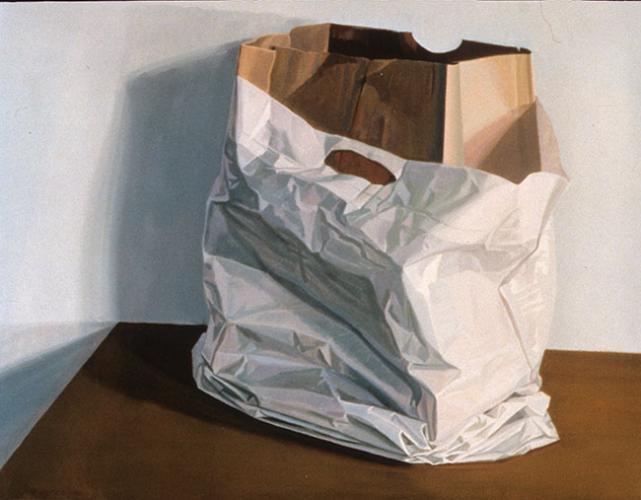 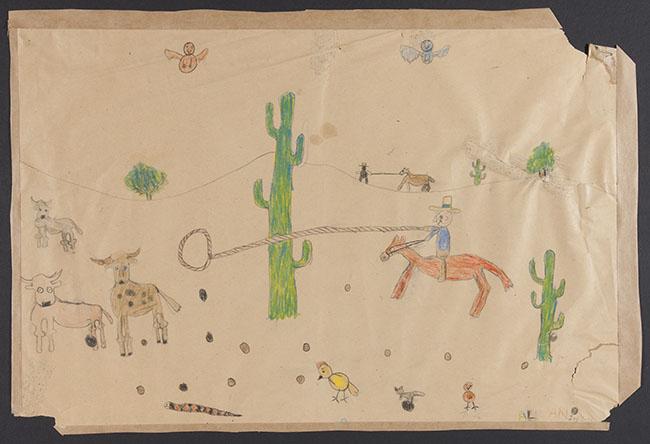 Absence Inhabited is curated by Ashley Slemming, and Dear Alan is curated by Natasha Chaykowski and Yasmin Nurming-Por. Both exhibitions have been generously funded though the Alberta Foundation for the Arts Emerging Curator Fellowship.

This exhibition represents 29 artworks by 27 Alberta artists. These artists all highlight unique perspectives on object-hood and have contributed to a rich survey of domestically-situated artworks. These works ring into focus notions of intimate home spaces within a continually growing and interconnected relational world.

The works featured in this exhibition all tell different stories. The represented objects all appear to hold a patina or residue of life, yet all the objects presented are inanimate lifeless forms. Absence Inhabited consequently serves as an examination of absence representing presence and the inherent states of being that are reflected in these various artworks. The range of objects represented allows for consideration of the concept of home and being from a variety of viewpoints - and challenges us to think about how we live, communicate and function on a day-to-day basis.

About the Curator: Ashley Slemming

Ashley Slemming is a Canadian embroidery and print artist based in Calgary, AB. Her work invites curiosity into our sentimental connection with repetition, pattern, and colour in both nature and textiles.  In her conceptual art practice she often explores the parallels between human and animal behaviours that are revealed by our relationships to our living environments, both man-made and natural.

In addition to the AFA's Emerging Curator Fellowship, Ashley has explored curatorial avenues as a Curatorial Intern with the Illingworth Kerr Gallery. She has completed her BFA with distinction in Printmaking from the Alberta College of Art and Design.

Dear Alan brings together a dizzying number of landscapes from the AFA permanent collection, displayed in a digital gallery, salon style. Rather than present works within a cohesive curatorial theme, based on typical modes of exhibition-making that rely on continuities such as concept, form, or historical period, this exhibition seeks instead to show varied, and at times disparate, artistic approaches to landscape representation, across time and medium—a curatorial methodology that speaks to an impulse to approach art through a productive un-knowing, a state of wonder, that eschews the reliance upon expertise in a given area of research. Like the permanent collection itself, which in all institutions shifts and morphs with changing leadership, access to funds, and artistic vision, Dear Alan chronicles the ebbs and flows of the AFA’s ever-changing collecting ethos and the evolving artistic and political sensibilities in Alberta more broadly.

Natasha Chaykowski is a writer and curator based in Calgary. Currently, she is Director of Untitled Art Society. She has organized numerous exhibitions, discursive programs and arts-based events. Chaykowski held a curatorial assistant position at Art Gallery of Ontario, co-curated the annual Emerging Artist Exhibition at InterAccess in Toronto with Nancy Webb and is the co-recipient of the 2014 Middlebrook Prize for Young Canadian Curators. She was Editorial Assistant for the Journal of Curatorial Studies and the Editorial Resident at Canadian Art magazine in 2014. Her writing has been published in Carbon Paper, the Art Gallery of York University, esse: arts + opinions, Canadian Art, Gallery 44, and the Journal of Curatorial Studies.

Yasmin Nurming-Por is a curator, writer and educator currently based in Toronto, Ontario. In 2017, she was the recipient of the 5th Middlebrook Prize for Young Canadian Curators, and an Alberta Foundation. In addition to the Emerging Curator Followship exhibition, Dear Alan (co-curated with Natasha Chaykowski), 2018, other recent and upcoming projects include In shadows of the individual (2017); My curiosities are not your curios (2017); TV Dinner (2017); ARCTICNOISE (2015); At Sea(2015); and Blind White (2015). In 2015-2016 she was a sessional faculty member at Humber College in Toronto. In 2017 the position of Assistant Curator at the Walter Phillips Gallery at Banff Centre for Arts and Creativity, and currently holds the position of Research Assistant at the Art Gallery of Ontario.

Both exhibitions are available to view on Google Arts and Culture.

About the Emerging Curator Fellowship

This fellowship is designed to support the growth and development of curatorial talent by contracting an individual or ensemble of individuals to develop content for an online exhibition of Albertan visual art.

This initiative is intended to bring a new perspective to the artworks and artists featured in the AFA collection.

Alan's Untitled is part of the exhibition Dear Alan.