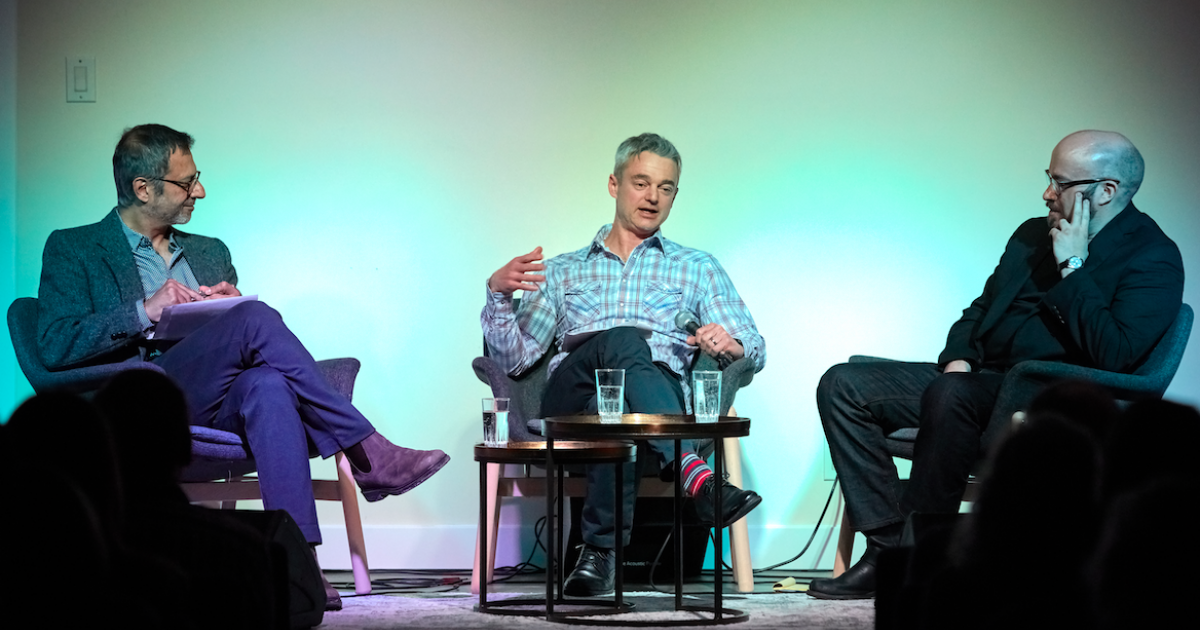 On Tuesday, March 3, at 7:30 p.m., join U of C philosophers Dr. Tinu Ruparell, Dr. David Dick, and Dr. Chris Framarin in conversation on the topic of progress in today's world. The evening features a mini-concert by the Lily String Quartet, who will perform works by Mozart, Arthur Bachman and Elizabeth Raum! Info and tickets available on Eventbrite.

Dr. Tinu Ruparell teaches Religious Studies at the University of Calgary. His main research and publications are in theories of interpretation, inter-religious and comparative philosophy, and the relationship of science and religion, including the role of humanities in healthcare.

David G. Dick is an Assistant Professor of Philosophy and a Fellow in CCAL at the Haskayne School of Business at the University of Calgary. He teaches on ethics, political philosophy, and the philosophy of money and is the author of papers on the ethics of markets, the limits of property, and the powers of money. In the Calgary business community, he oversees the Integrity Network, a working group of ethics professionals from corporate, academic, and non-profit sectors that meets four times a year to discuss and engage business ethics issues. Dr. Dick has won a total of five teaching awards in his career, and in 2017, he was named one of Avenue Magazine’s Top 40 Under 40.

Chris Framarin is a Philosophy and Religious Studies Professor at the University of Calgary. He is the author of Desire and Motivation in Indian Philosophy, and Hinduism and Environmental Ethics: Law, Literature, and Philosophy.

Calgary based Lily String Quartet has been part of the Western Canadian chamber music for 15 seasons. This group fulfills all expectations of a seasoned quartet, having performed dozens of concerts in varied styles. Known for its spirit of collaboration and education, Lily String Quartet (LSQ) recorded a jazz album entitled Hollow Trees with the Hutchinson Andrew Jazz Trio, starred in an indie musical at the High Performance Rodeo with singer/songwriter Lullaby Baxter, premiered a work called Grass by Allan Bell at The Sled Island festival, performed The Snow Queen with narrator at the Lake Louise “Ice Magic” festival, joined in to form an accordian quintet for New Works Calgary and played the blues with Harry Manx. In its early years, LSQ was invited to seminars at Juilliard School and Stanford University.