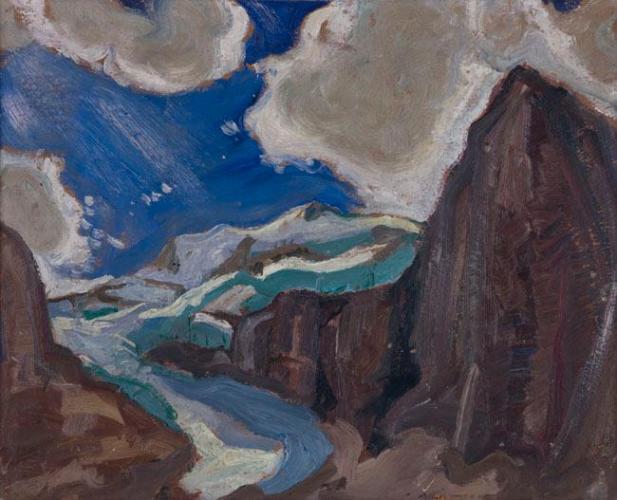 Work of the Week: "High Glacier" by Arthur Lismer

This week's Work of the Week is High Glacier by Arthur Lismer, a member of the Group of Seven.

Born in Sheffield, England, Arthur Lismer immigrated to Canada in 1911, settling in Toronto.

Lismer was a charter member of the Group of Seven. His Impressionist-style paintings of the 1910s evolved into a more angular and cruder expression that he equated with the rugged Canadian terrain and national identity.

You can read more about this connection in the article Alberta and the Group of Seven* on our website.

You can see more historical artworks, including some by Lismer's fellow Group of Seven member A.Y. Jackson, on the AFA Virtual Museum.