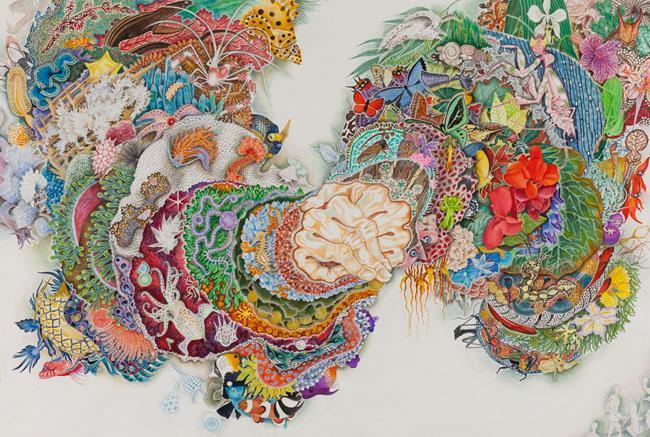 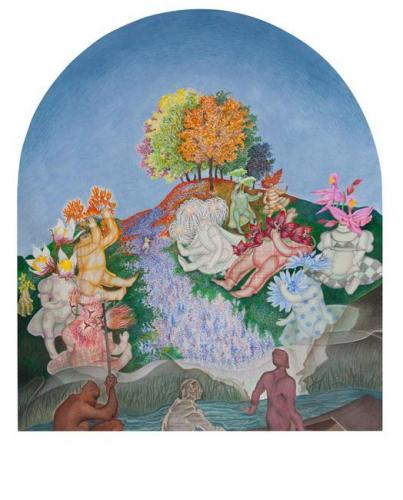 ELEGY UPON A NEVER-NEVER LAND
By Sveva Caetani • 1982 • watercolour

Work of the Week: "Workmanship" and "Elegy Upon a Never-Never Land" by Sveva Caetani

We know it's cold outside and people are spending more time indoors as they practice social distancing. To help brighten your day, the AFA is showcasing some of the most beautiful gardens in our collection all this week.

This week's Work of the Week is doubly delightful with Workmanship and Elegy Upon a Never-Never Land by Sveva Caetani!

Click through the slide show above to view each work, or explore more by the artist through the AFA Virtual Museum through the link below.

About the Artist: Sveva Caetani

Sveva Caetani was born in 1917, in Rome, Italy, and lived a colourful life. Of Italian, French, English and Polish descent, she was the daughter of Leone Caetani, Prince of Teano and Duke of Cremona.

With the intention that his daughter would grow up in a free, new world while he pursued the occupation of gentleman farmer, Caetani moved his family moved to Vernon, BC when Sveva was quite young. Here she lived a cloistered life with home schooling and little contact with the outside world.

Her father passed way when Sveva was 18 years old, and she continued to live in seclusion with her mother. When her mother passed away in 1969, Sveva, at the age of 43, began teaching at a local school, later completing an education degree at the University of Victoria, and at the age of 57, took up painting. In 1978, she completed the 57 works that comprise her major series titled Recapitulation, which, upon her death in 1994, she left to the Alberta Foundation for the Arts.

Created using a dry-brush watercolour technique, Recapitulation offers an allegorical rendering of the artist's life, presented in a style that draws much influence from the narrative structure of Dante's Divine Comedy. The paintings that comprise the series are vividly coloured, with elaborate detail and depict events in the artist's life in a surreal and symbolic manner.

Illustrations of the artworks were reproduced in a hardcover, coffee table book entitled Recapitulation: A Journey, which was released after the artist's death.

See more artworks by Sveva Caetani in our collection.