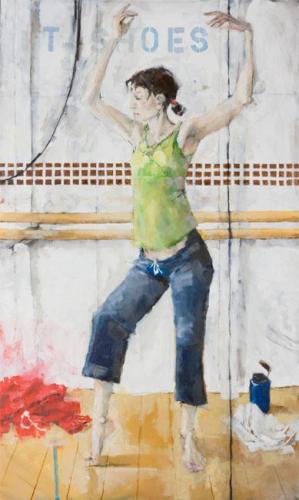 Work of the Week: Dancer

The artist Steven Mack focused primarily on life drawing/painting from 2000 to the year of his death in 2009. He spent more than two years (2005 – 2007) working almost exclusively with the model Kathryn (featured in this painting) and musician Amir Amiri in preparation for their interdisciplinary performance of “Body of 3” performed at The Grand Theatre in Calgary.

Since 2005, the Canadian Dance Assembly has issued a Canadian message in conjunction with the UNESCO message. This year, the Assembly invited Vivine Scarlett of dance Immersion to share her inspirational message to all Canadians.