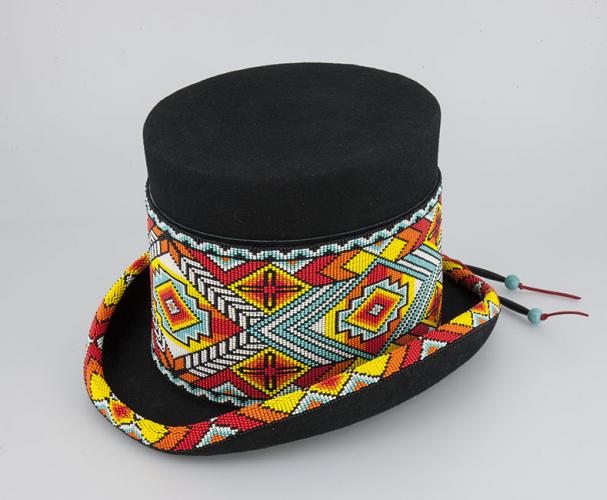 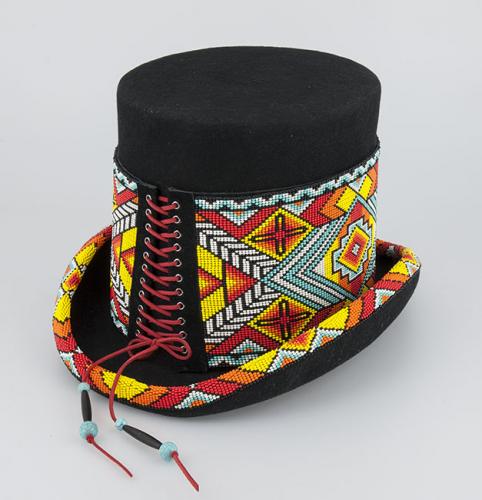 GRAND ENTRY (BACK)
By Jessica Desmoulin • 2019 • felted wool and beads 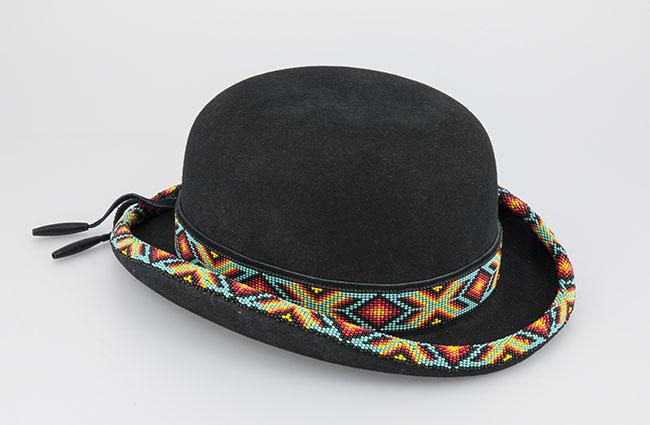 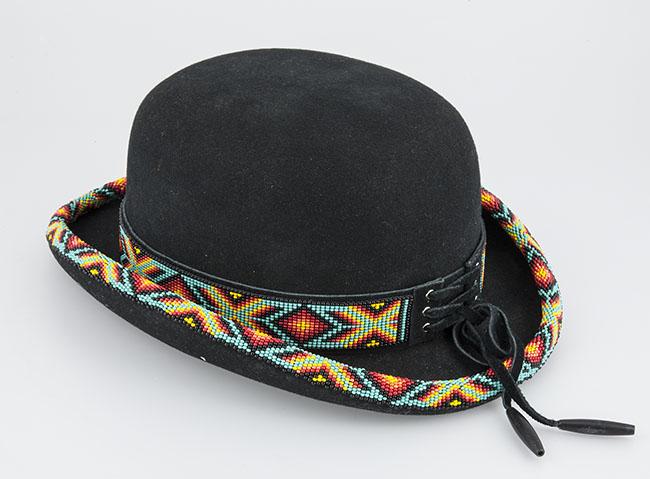 AUTUMN SKY (BACK)
By Jessica Desmoulin • 2019 • felted wool and beads

Click on the arrows to scroll through the images.

June is National Indigenous History Month in Canada – a time to recognize the history, heritage and diversity of First Nations, Inuit and Métis peoples in Canada. Each June, the AFA honours and elevates Indigenous artists by sharing selected artworks and their profiles from our collection as our Works of the Week. First up is Jessica Desmoulin’s “Autumn Sky” and “Grand Entry”.

About the Artist: Jessica Desmoulin

Jessica Desmoulin is Ojibway of the Pic River First Nation. As a child, she lived in Rochester, AB and later in Sparwood, BC. She currently lives with her family in Edmonton, AB.

After the birth of her second child, Desmoulin developed an illness that left her unable to work outside the home. She took this opportunity to approach her art seriously and began to paint canvasses and occasionally buffalo skulls in the new Woodland style. Her works, which connect her to her ancestral memories, explore the essential role colour plays in creating a design and reflect nature and the patterns in its creations, such as the rings of a tree, the waves in the ocean, the cracks in the earth and the petals on a flower. Animals often appear in her paintings, both as symbols and reflections of her family and loved ones and as the totems she approaches for spiritual guidance. Her use of copper, silver, gold, and bronze reminds viewers of the precious materials in our environment and that we need to cherish our world.

Desmoulin has participated in several regional exhibitions, including "Patterns in Nature", "Animal Speak", and "Nurturing the Spirit" at Edmonton’s Bearclaw Gallery (2013, 2014, 2016). Her artwork has been featured on the covers of Alberta Native News (November 2014, September 2016), used as the logo for the Spirit Runner app, which promotes positive lifestyles for aboriginal youth and is held in the collection of the Alberta Foundation for the Arts.

See more artwork by Indigenous artists in the AFA's collection