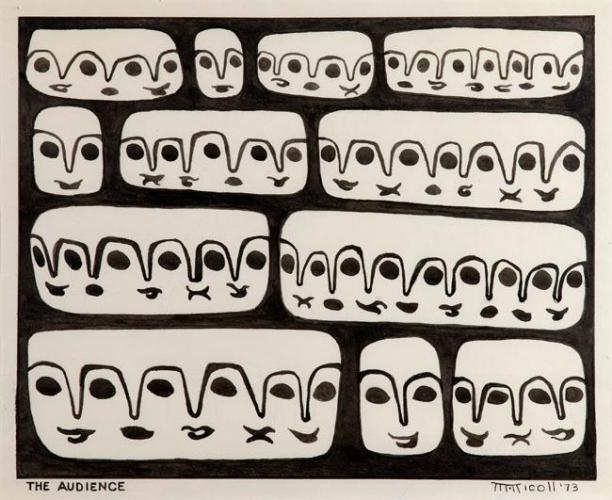 Work of the Week is back, and today we’re celebrating International Women’s Day!

We are featuring two artworks by Marion Nicoll:

Did you know: Women artists played an important role in the development of modernism--particularly early forms of abstraction--in Alberta?

One of the most influential artists in Alberta in the 20th century was Marion Nicoll. Born in 1909 in Calgary, Nicoll started painting in the 1920s. At first her work depicted the Alberta landscape, but she started to explore abstraction in the 1950s. By the late 1950s, Nicoll had completely abandoned naturalism.

Marion Nicoll was also the first woman instructor at the Provincial Institute of Technology and Art, now known as the Alberta University of the Arts (formerly Alberta College of Art and Design).

For more information on the artist please visit the AFA Virtual Museum.