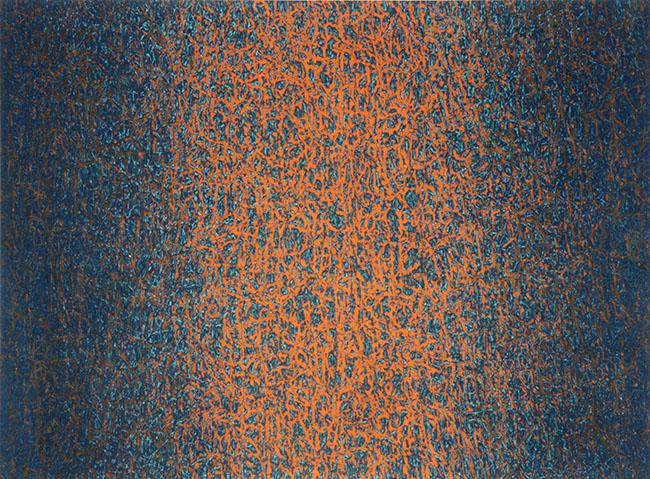 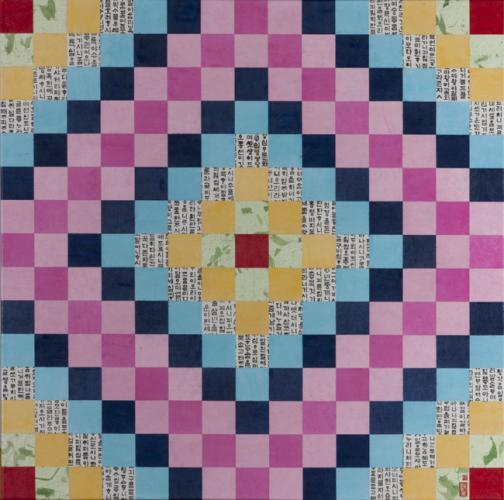 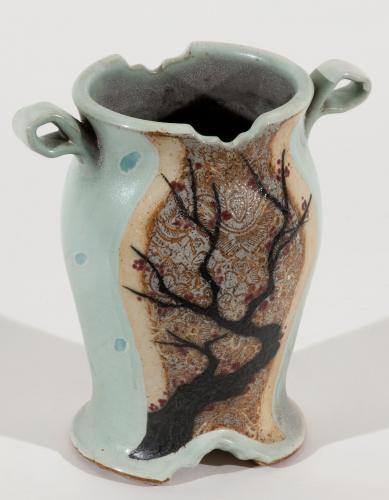 For this week’s Work of the Week, we are highlighting a few of the diverse artworks in our collection by Canadians of Asian descent, because May is Asian Heritage Month in Canada!

Asian Heritage Month is a time to learn about and celebrate the many contributions of Canadians of Asian descent, who have done so much to make our country an amazing place to live. Immigrants to Canada from East Asia, Southern Asia, Western, Central and Southeast Asia have brought with them a rich cultural history, including diverse languages, art, religions and traditions.

This year’s Asian Heritage Month comes at a time when Canadians of Asian descent have been facing an increase in anti-Asian hate and violence. That’s why it’s important to take this time to acknowledge and appreciate the achievements of Asian-Canadians and to stand together against all forms of anti-Asian racism.

Chin Shek Lam was born in 1918 in Guandong in Canton, China. He graduated from the Hung-Yi College of Art and prior to immigrating to Canada in 1970 and enjoyed a distinguished art career that included the founding of the Institute of Oriental Art in China in 1944 and, in 1949, the creation of the Institute of Oriental Art in Hong Kong. He also founded the Han-Nan College of Fine Art in Hong Kong in 1954.

Chin Shek Lam's painting was rooted in the ancient art of Chinese calligraphy but he also incorporated Western techniques and approaches influenced by his contact with Pablo Picasso, Joan Miro, and many other western artists who he met during a period of travel in Europe in the nineteen-fifties and sixties. His art drew on his knowledge of the ancient techniques of Chinese calligraphy, and evolved to incorporate aspects of Western colour-field painting. In his work, he sought to express a Taoist way of balancing dark and light, warm and cool colour, and contrasting shapes and patterns.

Upon moving to Canada, Lam lived in Vancouver and Calgary from 1981 to 1987 and finally settled in Toronto where he resided until his death in 1990. During his lifetime, he had numerous exhibitions in Europe, Asia, Australia, the US and Canada. His work is represented in many public collections, including those of the Canada Council Art Bank, The Provincial Government of British Columbia and the Alberta Foundation for the Arts.

About the Artist: Diana Un-Jin Cho

Diana Un-Jin Cho is a fibre artist. She received a BFA from the Alberta College of Art and Design (now the Alberta University of the Arts) in 2007.

Spending her childhood in Korea then immigrating to Canada, her art is an attempted reconciliation of two dramatically different aesthetic traditions, one of which has a particularly rich textile tradition. Her recent artwork presents rhythmic juxtapositions of hues and lines inspired by the fourteenth century Chogakbo quilting in Korea. She enjoys working intuitively with both new and recycled materials to create sometimes harmonious, sometimes disjointed assemblage of emotive forms and colours to evoke the varied experiences of her life.

She currently lives and works in Calgary, AB.

About the Artist: Do-Hee Sung

Do-Hee Sung grew up in Korea and lived in Seoul for 25 years before moving to Canada.

Sung says her experience in Canada has strongly shaped her and is reflected in the form and function of her pieces. Living in Canada has broadened her ceramic perspective and taught her about Western culture and suitable utilitarian pottery.

The form of her pots reflects the soft contour of Korean traditional architecture. She also use Puncheong techniques from the Chosun Dynasty to show doily designs. She employ these techniques in order to recreate the harmony of her two cultures.

Sung adds that the function of her pots shows her experience in Canada, and the form and surface decoration reflects her cultural heritage and personal story. She says she would like her pieces to comfort and calm people just like the old Korean palaces calm and comfort her.