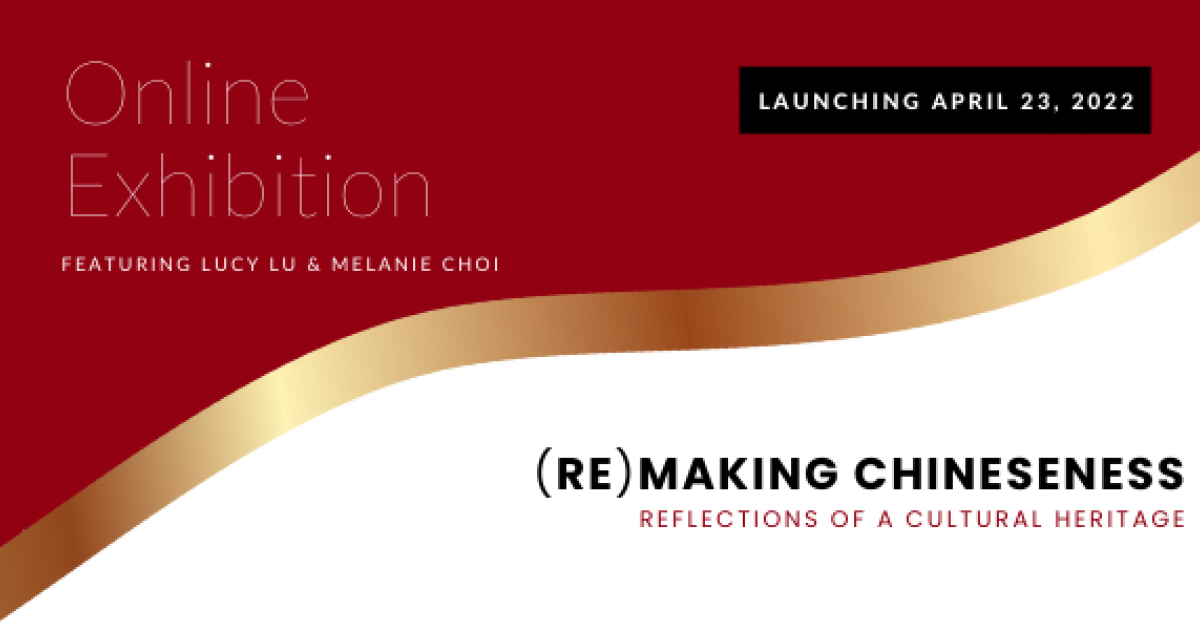 Historically, the genre of photography has been regarded as an "objective" medium that can accurately portray "reality" and "truth." However, in recent decades the biases that underpin this medium’s evolution have been exposed and challenged. Artists have also appropriated this genre as an empowering vehicle for self-representation and the reshaping of predominant perspectives and representations about their cultural communities.

This exhibition features photographic work by Lucy Lu and Melanie Choi, artists of Chinese descent who are based in Canada. Drawing upon their personal perspectives, stories, and experiences, these two artists’ works explore how contemporary understandings of Chineseness in Canada are shaped by a complex confluence of discourses around cultural heritage, memory, migration, and place, which are themselves augmented by the geographical spaces in which they circulate.
This exhibition will be live from April 23 - May 29.

LUCY LU
I am a Chinese-Canadian artist and photographer based in Toronto, Canada. I studied photography at Ryerson University and graduated with a Bachelor of Fine Arts.
With my projects, I’m interested in exploring cultural identity, personal histories,and how real and imaginary narratives make up our lives. I use photography asa storytelling tool, to communicate a tone, an atmosphere, or a feeling through visual language.
Clients include: The Globe and Mail, The Wall Street Journal, Bloomberg, Businessweek, Maclean's Magazine, Reader’s Digest, The Walrus, University of Toronto, Ryerson University, and more.
See Website
MELANIE CHOI
I'm a Canadian-born Chinese graphic designer, illustrator, and photo stylist based in Vancouver. Attended Emily Carr University of Art + Design, and received a BFA in illustration specializing in digital and traditional media.
Currently pursuing a diploma in graphic design at Toronto Film School, I'm involved in building brands, setting designs in motion, and laying the groundwork in layouts. I've navigated online spaces for the last decade, and with forward-thinking, I am dedicated to engaging the audience with thoughtful designs.
See Website

Yang Lim is an independent curator and writer whose practice reflects an engagement with the ideological dimensions of art and an interest in artists who work out of a variety of geographical, cultural, and discursive contexts. His curatorial interests revolve around topics such as identity, politics of representation and cultural production, and intersection and interplay of competing discourses.
A strong proponent of including a diversity of viewpoints in his curatorial practice, he is interested in uncovering marginalized, unrecognized, and alternative perspectives that deal with timely topics in contemporary society. He has collaborated with artists whose work complicates or contests entrenched ideas around contemporary economic, social, political, and cultural issues. Through his exhibitions, he prompts the public to step outside of their usual frames of reference.
He is also interested in exploring possibilities for curating that extend beyond the boundaries of traditional, onsite presentations and that can broaden the dissemination and public reach of art.
Previously, he has curated exhibitions that appeared in The Works Art and Design Festival. He has also written articles on local exhibits and artists’ practices.
He is currently based in Edmonton, Alberta.

This exhibit has been assisted by the Province of Alberta through Alberta Foundation for the Arts, its arts funding agency.