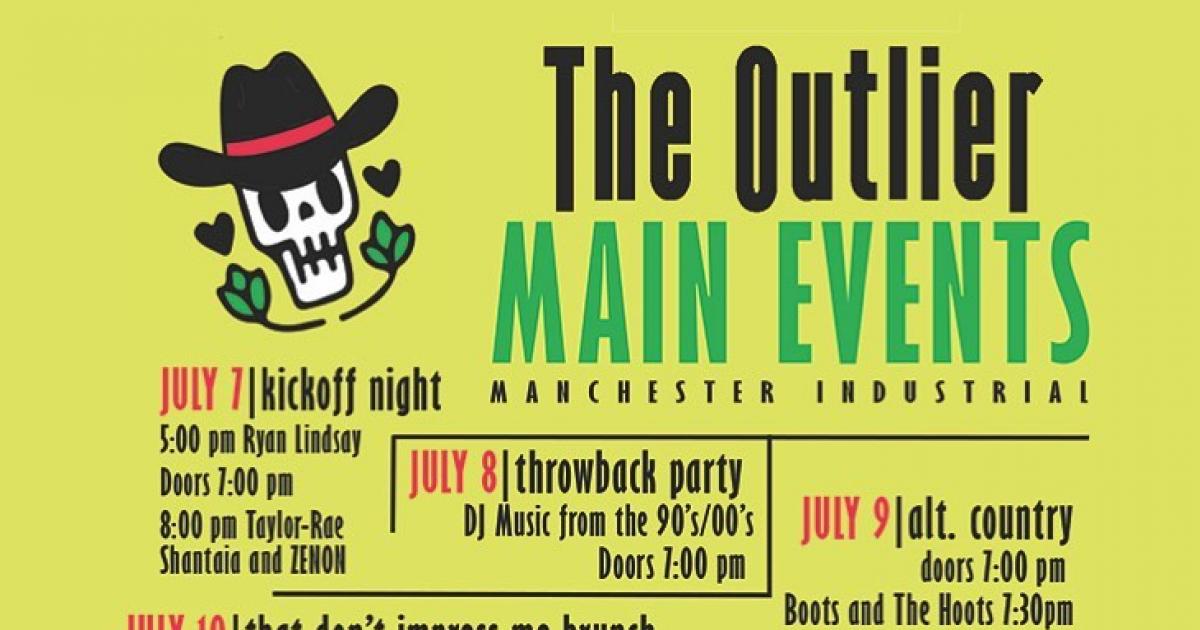 Open July 7-16 daily from noon ‘til late, The Outlier, presented by Remy Cointreau, promises to keep the Stampede energy alive on the cusp of the Barley Belt (i.e. the Manchester Industrial area). Its proximity to both downtown and the southeast Calgary ‘burbs makes it an unexpected, but easy meeting point for friends and colleagues during what is Calgary’s liveliest time of year.
Daily events include:
A kick-off night on July 7 with a fun happy hour hosted by award-winning singer Ryan Lindsay followed by full band entertainment by Taylor-Rae, Shantaia and ZENON.
A 90s DJ night on July 8 with epic 90s cover performances by Alex Hughes.
An alt-country bash on July 9 with Boots and The Hoots as well as Rifle County Players.
A Nashville-themed drag brunch on July 10 hosted by Jaidynn Diore Fierce of RuPaul's Drag Race.
and many more!
Planning to spend more than two nights at The Outlier? Get an Official Outsider pass!
Passes cost $75 and include daily cover charge for events as well as Strait & Narrow VIP section access (as capacity allows), The Outlier-branded swag.
Official Outsider passes are limited and available for purchase on a first-come, first-serve basis.
Purchasers of Official Outsider passes will be contacted via email in early June with further details on pass perks.
https://www.showpass.com/the-outlier-official-outsider-pass/