The Arts Branch is pleased to announce that David Folk has accepted the position of Director, Arts Development. In this position, David will oversee grant funding programs for the Alberta Foundation for the Arts (AFA), and work with the AFA Board of Directors and Executive Director Jeff Brinton to ensure this funding has maximum impact on Alberta's arts community.

David has extensive professional experience in the arts sector. After completing his graduate studies in 2007, he was an instructor in the Department of Art at the University of Calgary until he joined the Arts Branch/AFA in 2015. Prior to this, David worked as an arts administrator at public art galleries and artist-run centres in Calgary, AB and Ottawa, ON respectively and had been working in the not-for-profit and charitable sector since 1996.

David is also a practicing artist, whose work incorporates elements of figuration and nostalgia into his painting and drawing practice to explore the construction of identities. He has exhibited locally, provincially, and nationally and has been named the recipient of several grants, awards, and honors. David holds a MFA (Visual Arts) from the University of Saskatchewan and both a BFA (Visual Arts) with Distinction and BA (Art History) with Distinction from the University of Calgary.

David will also continue to serve as the Visual Arts and New Media Individual Project Funding consultant until a new consultant is in place. 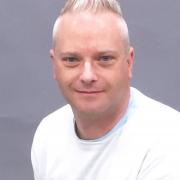