Exhibition | Coal In Alberta: A Journey To Obsolescence 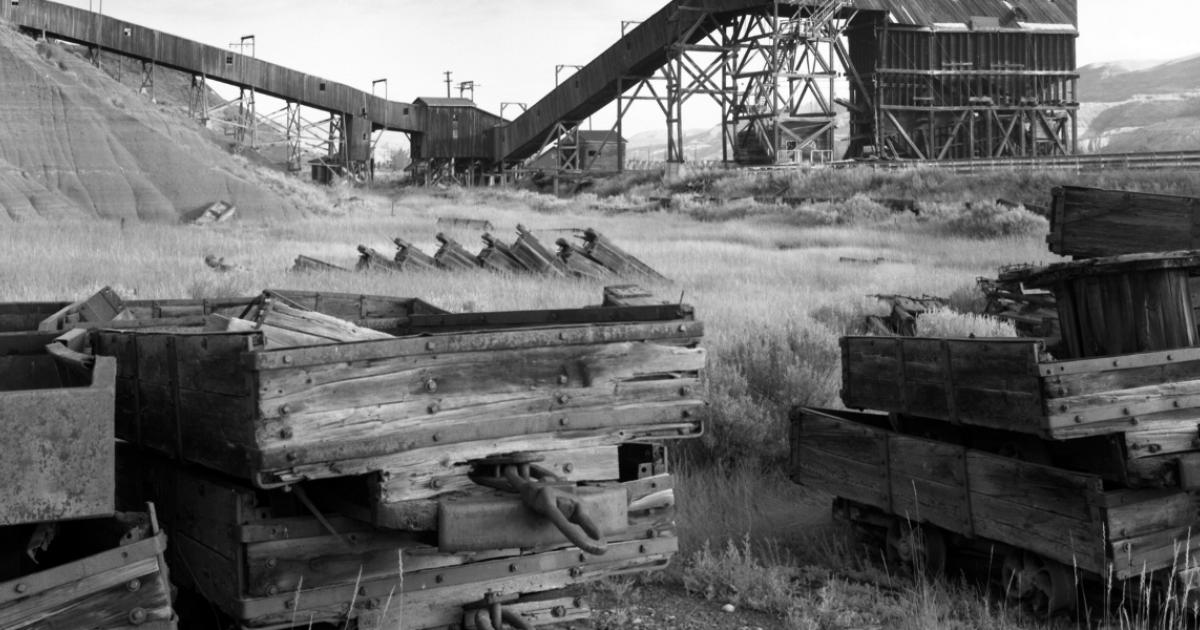 Exhibition artists: Arturo Pianzola, Court Smith, Nigel Goldup, Fred Braakman, Robert Pohl SCA.
Opening reception: June 18, 2022 | 2-4pm
The Monochrome Guild is a group of film-based photographers founded in Edmonton twenty years ago. The processes used by group members to create art predate Albertans’ use of carbon resources by some thirty years. A small collective within the group has been working since 2015, to document both what remains of the coal industry of the past and contrast it with that of today, and possibly tomorrow.
The exhibition attempts to illustrate the past history of the coal industry in Alberta and also includes some pieces that present the impact and scope of the modern industry. The monochrome print perfectly showcases the look and feel of what one imagines the coal industry to be like. The grit and coarseness and the dark and black mood of some of the work is intended to reflect the artists’ interpretation of the industry. Historically it was a very difficult existence for the men and women that dedicated their lives and well-being to an industry and a resource that was both demanding and sometimes deadly.
The exhibit also touches on the present, and hints at what the future might bring. The photographers hope that this exhibition will stimulate some meaningful reflection and consideration on this important matter.
Only traditional black and white film methods are used to create the pieces to be displayed. The use of old techniques and chemistry stand in perfect harmony with the history of coal. Since the evolution of digital photography, many people may have forgotten or may not even know what is required to produce a traditional black and white silver gelatin print. The photographer visualizes the image they wish to create. The photograph is taken, and the film developed by the artist, resulting in a negative. The process continues in the darkroom where the negative is used to create an image on light sensitive paper. Success is defined as a print which both conveys the artist’s initial visualization and is also technically perfect.
Cover image: Robert Pohl, Atlas Coal Mine