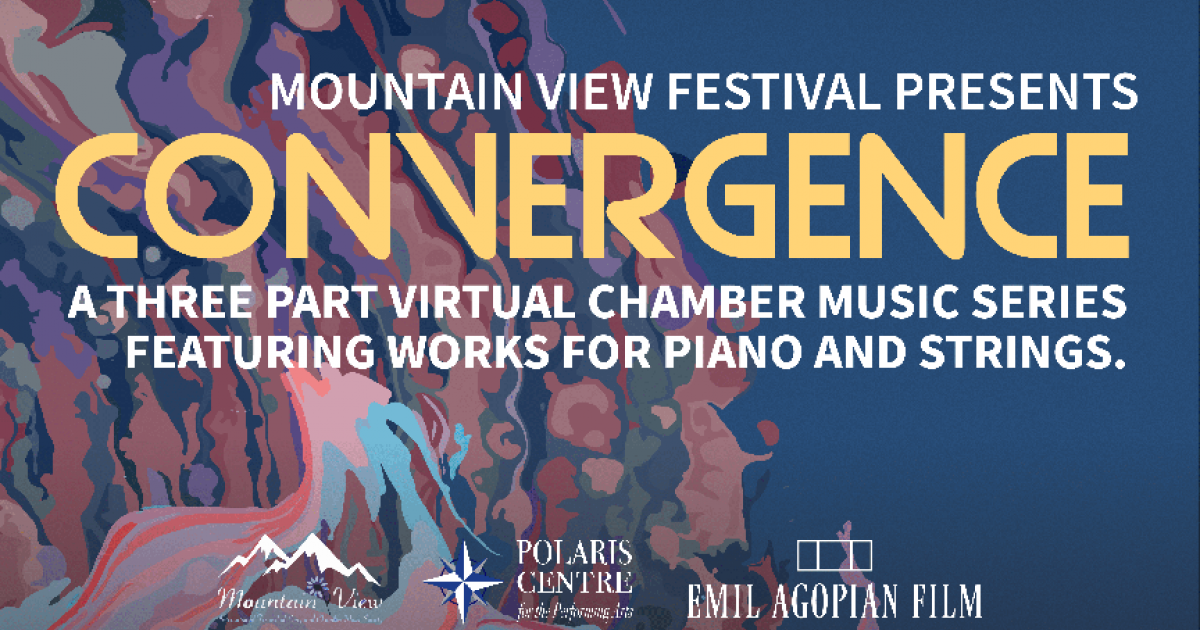 CONVERGENCE will showcase three diverse 30-minute sets of musical repertoire from around the world, composed for string ensemble and piano. Performances will be broadcast online following this schedule:

The concert series will be a collaboration and partnership between Mountain View Festival and several organizations in the Calgary arts community, including the Polaris Centre for the Performing Arts, Steinway Piano Gallery of Calgary, as well as filmmaker Emil Agopian and Agopian’s new arts streaming platform, Stagestream Live.

All performances can be viewed through the Stagestream Live platform (www.stagestreamlive.tv/series/convergence) at no charge to the general public. Donations are encouraged and will be matched up to 15% by ATB Cares through (atbcares.benevity.org/community/cause/124-890421597RR0001).