On October 24, the Alberta government announced details of its 2019-20 budget. The government has continued to invest in the Alberta Foundation for the Arts (AFA). The 2019-20 allocation is $28.4 million, a reduction of $1.5 million, or approximately five per cent, from the 2018-19 budget. The AFA Board of Directors will meet to confirm 2019-20 program allocations as soon as possible.

Government has also returned funding responsibility for approximately $1.67 million in Cultural Industries Grants from the AFA to the Alberta Media Fund. Funding for these programs was temporarily transferred to the AFA in 2017 and did not support any other AFA programs. By returning funding responsibility for these programs to the Alberta Media Fund, the government has limited the year-to-year funding reduction to AFA’s allocation to five per cent.

For an overview of AFA program spending in 2018-19, including amounts allocated to Cultural Industries Grants, visit our Impact of Funding page.

The government has made a commitment to balance the provincial budget by fiscal year 2022-23. We recognize the Government of Alberta for continuing to invest in the AFA this year, during a time when other provincial agencies, boards, and commissions have been consolidated into government. It signals acknowledgement of the important contributions made by our arts community to Alberta’s culture sector and Albertans’ quality of life. 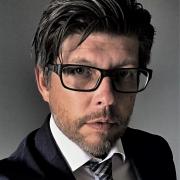