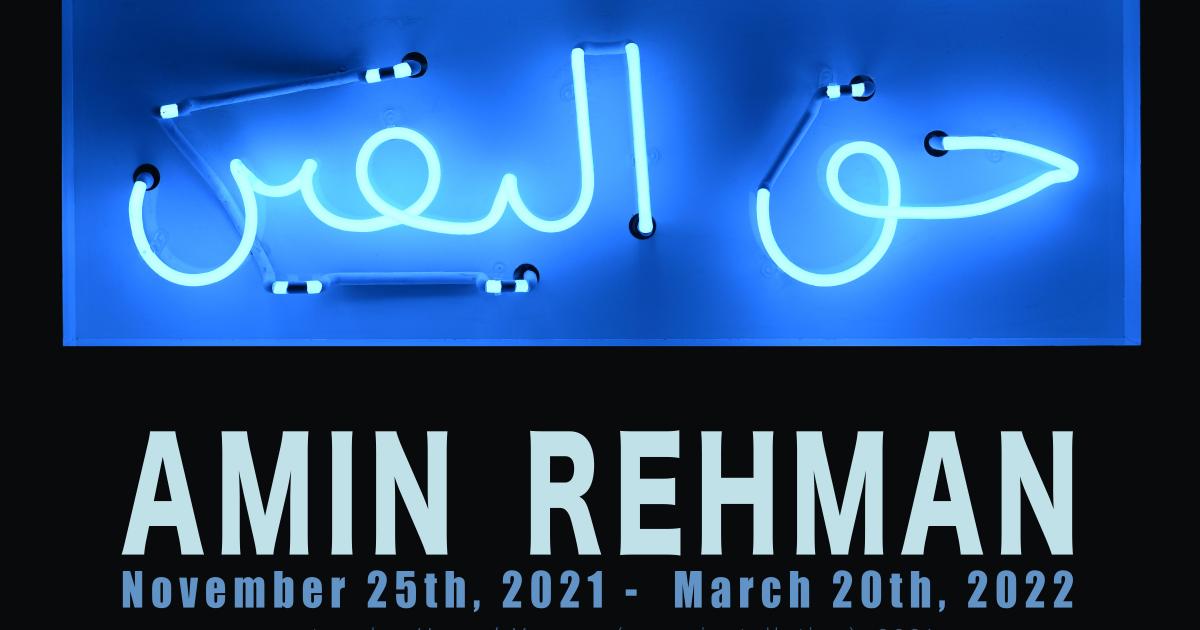 Many rulers have attempted to conquer the region throughout history. In 1858, the British Empire ruled for 90 years until the partition which divided the borders between Pakistan and India. Amin Rehman’s deep knowledge of this history inspired him to travel ancient trading routes through the region’s contemporary borderlands. Rehman investigated the migration of people through these routes and traced metaphorical steps that Central Asian invaders took to reach India. The resulting artworks guide us with untold and hidden stories, shedding light on an assortment of poor living conditions and repercussions from colonial rule.

The usage of multiple languages and the manipulation of the English text in the artwork encourages us to reflect on the complexities of the shifting regional and cultural identities, while challenging colonial thought biases and stereotypes against South Asian cultures. Through a series of mixed media, video, and neon installations, Bleeding Borders shares the stories of real lived experiences from these borderlands, investigates the complexities of cultural globalization, and highlights issues of post-colonial ideologies and capitalism.