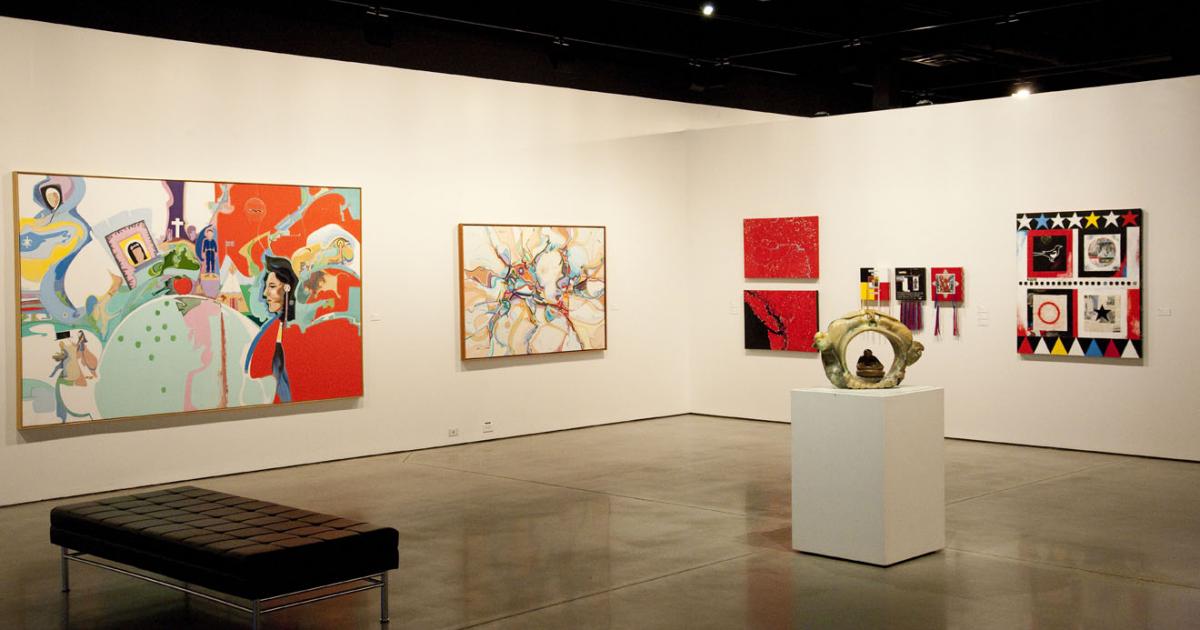 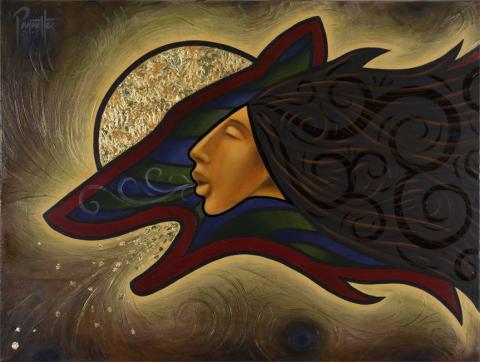 In 2008 and 2009, the AFA supported a special curatorial initiative focused on building the holdings of the AFA Art Collection with contemporary Indigenous art. The initiative addressed the work of senior artists not properly represented in the collection, as well as a new generation of artists who are now making an impact. For this initiative, artworks were acquired through a variety of sources. Curatorial assessment and recommendations by Indigenous artist Joane Cardinal-Schubert (1942 – 2009) were an invaluable part of the process. Through Joane’s insight, wisdom and guidance, the artworks acquired have significantly enhanced the AFA holdings.

Joane provided an avenue to acquire artworks by Indigenous artists unknown to the AFA collection prior to 2008. Through her mentoring and respected reputation in the art community she approached both established and emerging artists, conducting interviews and studio visits. She presented recommendations for curatorial acquisition  into the AFA Art Collection. Through the efforts of Joane, balanced by additional curatorial recommendations from the Collection’s Acquisition Working Group, the Indigenous curatorial initiative increased the AFA holdings by 73 artworks over a two-year period. The AFA collection currently holds 173 artworks by 48 Indigenous artists. 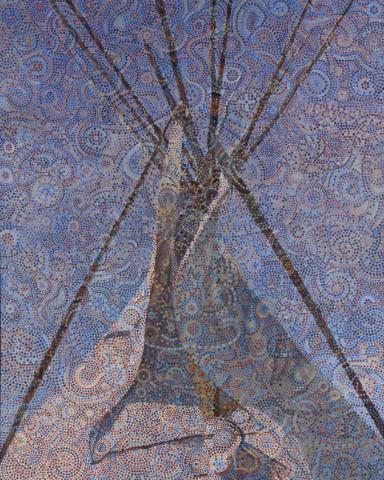 In celebration of Alberta Culture Days in September of 2009, the AFA exhibition, Narrative Quest, was displayed in the gallery at the Capital Arts Building in Edmonton. Curated by AFA Art Collections Consultant Gail Lint, Narrative Quest featured a selection of 60 artworks by 22 Indigenous artists from the collection of the AFA and showcased several of the artworks acquired through the Indigenous curatorial initiative. The exhibition combined a variety of traditional and contemporary styles in diverse media. The prevalent themes in these artworks are often based on storytelling. These are stories that have been shared by the elders, stories of a search for understanding and meaning, stories of identity and belonging, and stories retold to preserve a threatened culture. They are stories immersed in the past, reflective of the present and hopeful for the future. 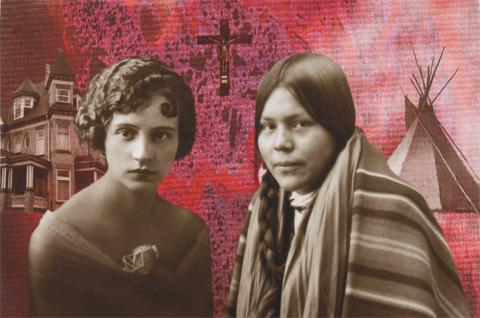 On September 16, 2009 while installing the Narrative Quest exhibition in the Arts Branch gallery for the Alberta Culture Days celebration, word reached the staff that Joane Cardinal-Schubert had passed away. Until that day, there had been no indication from Joane that she was ailing. She was determined to complete her curatorial contract and source artworks for the AFA collection and through her valiant commitment she introduced new artists and assisted in building the representation of senior indigenous artists.

The next day, during the official opening of the Narrative Quest exhibition, which was accompanied by a traditional smudge led by an Indigenous elder, there was a large raven sitting on top of the Capital Arts building above the location of the gallery. It was believed that Joane attended the ceremony in spirit.

The exhibition Narrative Quest was dedicated to the memory of Joane Cardinal-Schubert (1942 – 2009).

“Let the next
Generation
be born
with the knowledge
of what has passed.”

(from the poem Keeper by Joane Cardinal-Schubert) 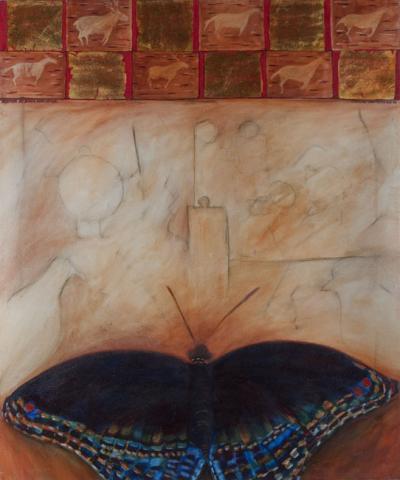 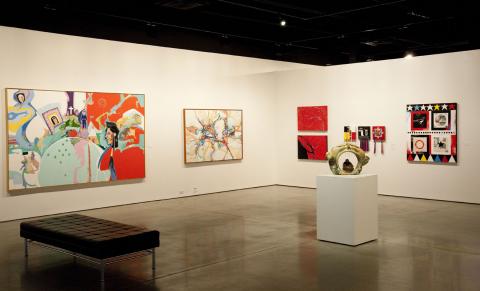 An edited selection of 32 artworks from the original Narrative Quest exhibition was on display at the Embassy of Canada, Prince Takamado Gallery in Tokyo Japan (25 November 2014 – 27 February 2015) and was met with critical acclaim.

This year the National Gallery of Canada will host a major retrospective exhibition Alex Janvier: Han-ka-so-ler (25 Nov 2016 – 17 April 2017) featuring Alberta’s celebrated indigenous artist from Cold Lake. Included in the exhibition will be 9 AFA artworks by Alex Janvier. Almost half of these artworks were acquired through recommendations by Joane Cardinal-Schubert as a result of her dedication to the Indigenous Curatorial Initiative. 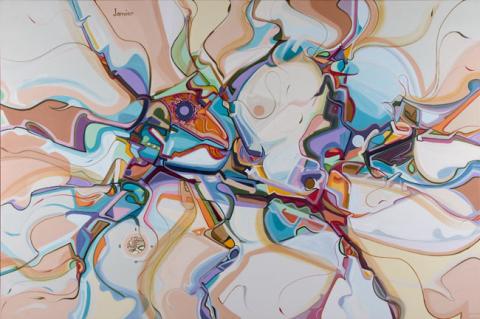 In the Fall of 2017 the Nickle Galleries at the University of Calgary will be hosting a major retrospective of Joane Cardinal-Schubert – a first since her passing in 2009. The curator has expressed keen interest in borrowing the complete AFA holdings of 19 artworks and an additional 2 artworks in the Government House Foundation collection for inclusion in the exhibition. Watch for future postings on this exciting and long awaited exhibition. 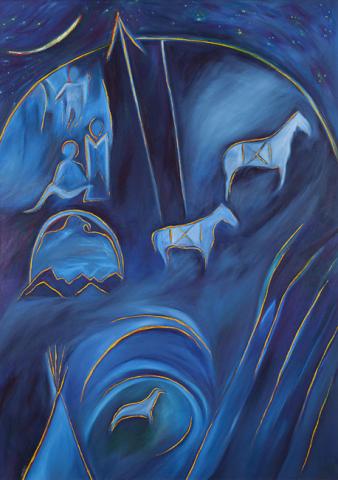