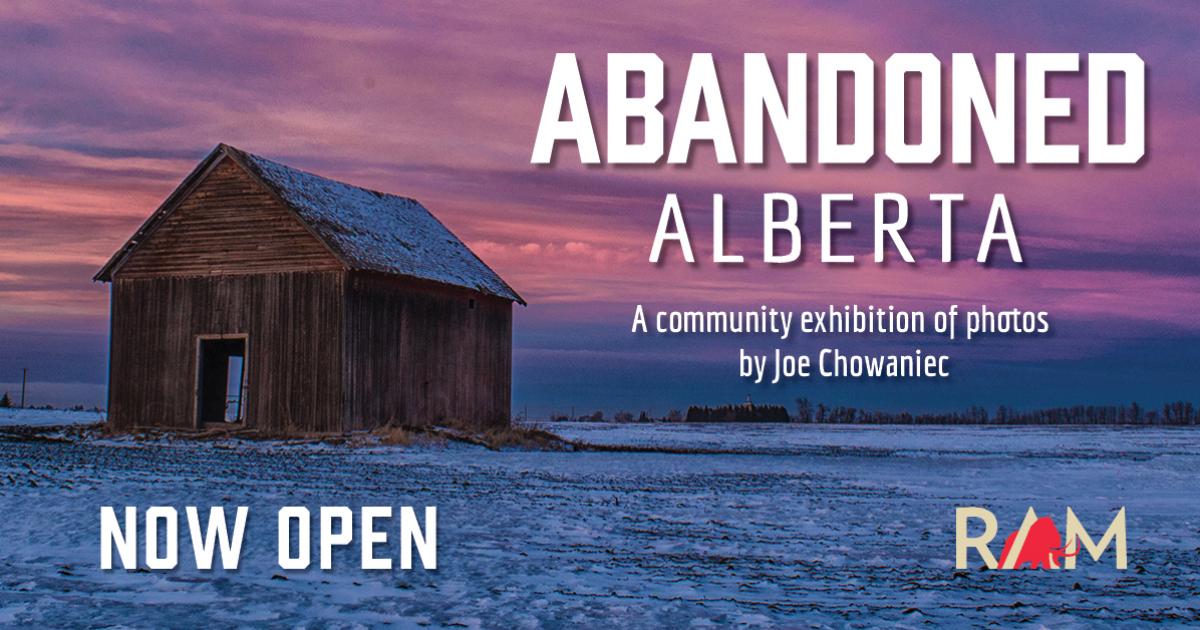 Abandoned Alberta began as a hobby for Edmonton photographer Joe Chowaniec, but after creating a Facebook page to share his images, he developed a fanbase of more than 30,000 social media followers, with a book deal coming soon after.

From the book description:“A love letter to the province offering a window into the past through stunning photography.

The stunning images found in Abandoned Alberta offer a window into our past, showing life as it was then, and stirring in us the emotions of wonder and curiosity about those who have gone before us and the lives they lived. Joe Chowaniec started the Facebook page Abandoned Alberta in January 2017, which today has more than 30,000 members.

Alberta is in Joe Chowaniec’s blood, and you might say Abandoned Alberta is his love letter to the province. Where others may see only decay and rot in these long-forgotten locations, Chowaniec sees exquisite beauty.”

This is the first public display of photographs from his book.

Abandoned Alberta is located on the second floor of the Museum lobby. Admission to this community space is free and available without a pre-booked ticket. However, capacity is limited for the safety of all visitors and staff.

At the Royal Alberta Museum